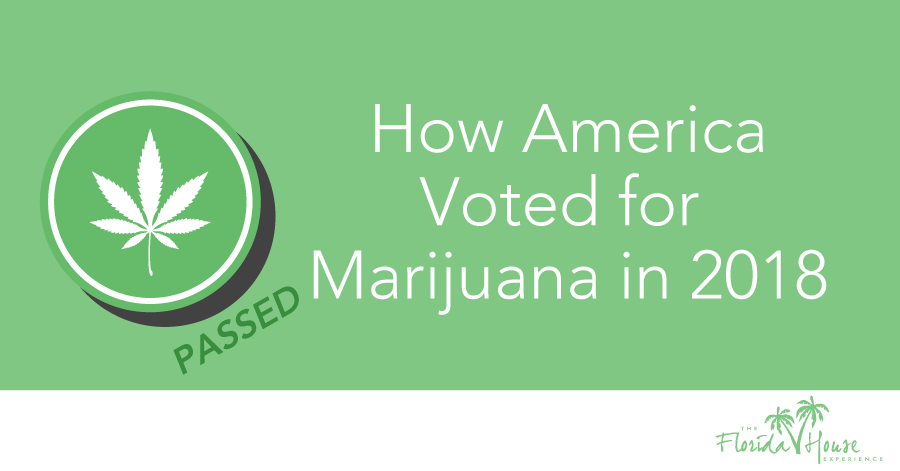 The 2018 midterms were a massively impactful election on the side of electing Senators and House Representatives so it’s understandable that a few of the results will fly under the radar, but there was one trend that was potentially massive. For another consecutive election, there were a handful of measures appearing on state ballots that allowed state populations to vote on new laws involving marijuana.

Here’s a discussion of the policies up for a vote, how the results have shaken out, and where we stand as a country in the aftermath.

Four states saw ballot measures come up for a vote during the 2018 election: Michigan, North Dakota, Utah, and Missouri. In Michigan and North Dakota, the issue being voted on was full legalization recreationally, while in the latter two, medical marijuana was being decided by the electorate.

Before the election, it was expected that the measure would pass in Michigan. National sentiments regarding marijuana use have become looser over the past decade, and bipartisan support for legal marijuana has grown. In North Dakota, the expectation was that if the measure passed, it would be by a slim margin. A population of traditional, rural Americans was assumed to be less open-minded about the drug than some other parts of the country.

Typically, medical marijuana policies pass more easily than full legalization, because of people’s general belief that marijuana can be used to treat chronic pain, among other issues. With this in mind, Utah is known to be a more conservative, traditional state, and with a large population of Mormons, it wasn’t known how the state would vote on the issue. The measure was likely to pass in Missouri, with larger, populated urban centers and a generally more open-minded electorate.

How Did Americans Vote on Marijuana in 2018?

On the aggregate, the country voted pro-cannabis, rather than against it; although none of the battles had large margins. Here’s how it shook out: In Michigan, marijuana legalization passed, making it the first state in the midwest with this distinction. It’s difficult to say whether this will start a chain of legalization in the Midwest, in states like Ohio, where medical cannabis has technically been legal for over a year but has been extremely slow to roll out.

The legal age for marijuana possession and use will be 21, and the details about possession and private growth will mirror those in several other states where full legalization has been passed.

The state makes note that marijuana possession offenses will not be dismissed if they occurred before the proposition was passed, and also that municipalities will be allowed to refuse dispensaries in their city limits if they so choose. In North Dakota, the ballot measure for legal cannabis failed. The vote was more than just the state’s rejection of legal marijuana. The proposed law also included language calling for wiping all non-violent offenses relating to marijuana use and possession and releasing offenders under this category.

It’s unclear whether the state voted more against legal cannabis or perhaps because they didn’t want to see drug offenders be released from prison because of the perceived implications on public safety. In Utah, legislation legalizing medical marijuana passed, allowing patients with certain medical conditions to be approved for medical marijuana cards. The industry will still be heavily regulated by the state, and cities will be allowed to have a limited number of dispensaries (pharmacies).

Interestingly, the law sets rules about the way cannabis can be consumed, allowing patients to vaporize the substance, or eat foods with cannabis oils cooked into them, but not allowing them to smoke marijuana. 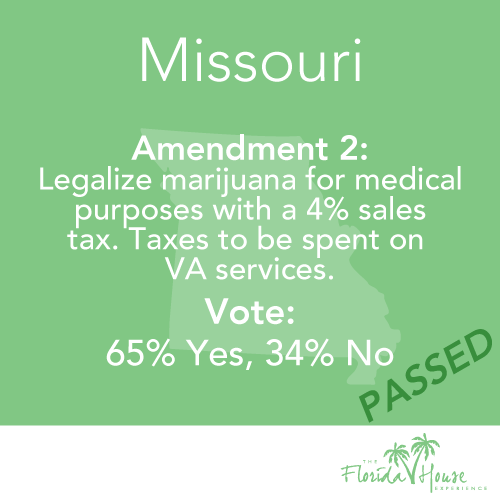 Missouri also passed medical marijuana legalization in the 2018 midterms. Citizens with a doctor’s recommendation will be allowed to grow a maximum of six plants in their home as well as possess a 60-day supply. All cannabis purchased at dispensaries will be subject to a 4 percent sales tax, which will be used to support veterans’ services.

Where Do We Stand Now?

Currently, there are 10 states where recreational marijuana is legal and 30 where medical cannabis is legal, with some still waiting for it to become fully available. The slow but steady growth in these policies suggests that more and more states will legalize in the coming years, but along with these results come new questions.

Will some states, like North Dakota, be holdouts for good? Will there be an effect, positive or negative, on public health from an uptick in marijuana use? Will medical marijuana replace more harmful opioid pain medications for sufferers of chronic and acute pain?

Legal marijuana will become a larger issue in studies and other research as it continues to become legal in more states. Here at FHE Health, we’ll be right there to study the effects on the health of our patients and society as a whole.